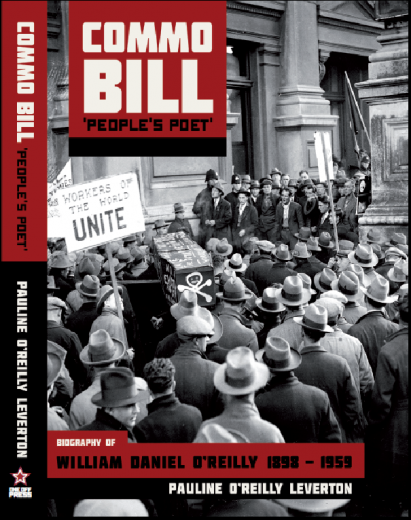 While the first few pages are a little in the vein of a personal family history, the book quickly finds its feet to become a riveting account of both one man’s selfless work for workers, and unemployed workers rights, and also a in-depth look at the CPNZ and more specifically the NUWM’s incredible battles with Coats-Forbes coalition Government work camps.

These camps set up to deal with the 25% plus unemployment at the time, during 1930’s depression, were and are regarded as slave camps and bitterly opposed by unemployed workers. The book goes on to cover the CPNZ support for Maori and Samoan self determination, their anti war stance and on to the historic 1951 waterfront strikes, although these are not covered in quite as much detail as the previous chapters.

Reading this account after having just finishing Huey P. Newton’s 1973 auto biography ‘Revolutionary Suicide’ a history of the Black Panther Party, one can not but be struck by the parallels in the brutal and unselfconscious way supposedly democratic governments attack, divide and unfortunately, usually destroy any and all radically left organisations that dare to try and rise the moral, social and intellectual bar for workers and the community in general.

In just one of these many attacks on the CPNZ, saw six of its members doing six months in prison for publishing a 64 page booklet Karl Marx and the struggle of the masses.

I found this an absorbing book and would heartily recommend it to anyone interested in a readable history of the left in New Zealand during the 1930’s-50’s, and also to anyone who is in the trenches fighting injustice and class war on our own home shores and needs a little inspiration, this will inspire you with the story of one of own good comrades past.

Get it and then pass it on.

Available from One Off Press

email orders and for more details toThis email address is being protected from spambots. You need JavaScript enabled to view it.