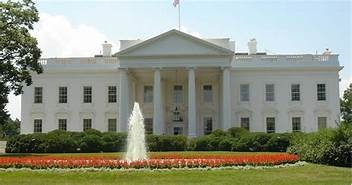 After Joe Biden was elected President of the United States in November 2020 the big question on most people's minds was if Trump would go peacefully.

That question was answered on January 6th, 2021.

From the moment the election results began to roll in Trump insisted that he had won the elections but that the media and the Democrats had stolen it from him.

Barely a day went by when he did not accuse election officials of counting what he regarded as invalid votes, ignoring ballots and rigging election voting machines. He also made accusations of widespread voter fraud. Yet, when these accusations were made in various court hearings, even the judges whom Trump appointed declared that the elections were conducted correctly and there was no evidence of ballot or voter fraud

From the White House Trump crowed “Stop the steal!” and his administration continued to repeat this mantra to a media and a nation that had, with few exceptions, ceased to take him seriously.

The people who did take him seriously were the MAGA (Make America Great Again) cult that treated Trump as if he was an American Messiah, white supremacist groups like QAnon and Proud Boys and far-right private militia groups. Pro-Confederacy groups, Nazi and Fascist groups who had been emboldened by the Trump Administration also supported Trump's “Stop the Steal” mantra.

On January 6th, 2021, Donald Trump gave a speech outside the White House in which he called upon his supporters to march on the U.S Capitol building. The reason this date was chosen was that this was the day the U.S election results were due to be made official in Congress.

His supporters not only marched to the U.S Capitol but they stormed it. They occupied the building briefly before they were cleared out. Violent clashes between Trump's supporters and the police took place which left five people dead: one supporter, one police officer and three other people.

Almost immediately the Federal Bureau of Investigation (FBI) launched an investigation of what even the most restrained American media were now calling a coup.

Initially, Trump was accused of inciting a riot by calling upon his supporters to march to the U.S Capital to stop the steal but the FBI investigation and the huge amount of information posted on the Internet quickly revealed that these protesters had been planning the takeover of the U.S Capitol for several weeks. The combat gear, the zip ties and the weapons they carried left no doubt they had come to kill or harm specific people.

Two people who were specifically singled out were Mike Pence, Trump's Vice-President because he was the one who was to formally announce the election results to Congress, thus certifying the results, and Nancy Pelosi, the Democrat Speaker of the House and very vocal critic of Trump.

The mob had not been whipped up into a frenzy by Trump as had been believed on the day.

Indeed, the New York Times article “Capital Siege was planned online. Trump supporters now planning the next one” that was published on January 7th, 2021 stated:

“The planning for Wednesday's assault on the U.S Capitol happened largely in plain view, with chatters in far-right forums explicitly discussing how to storm the building, handcuff lawmakers with zip ties and disrupt the certification of Joe Biden's elections – in what they portrayed as responding to orders from President Trump.

“This went far beyond the widely reported, angry talk about thronging Washington that day. Trump supporters exchanged tactical advice about what to bring and what to do once they assembled at the Capitol to “conduct citizen's arrests” of members of Congress. One poster said, '[Expletive] ties! I'm bringing rope!”

“Such comments were not confined to dark corners of the Web. They were scooped up by researchers who made their findings public weeks before a seemingly unprepared Capitol Police force was overwhelmed by thousands of rioters, in an incident that left one officer, one rioter and three other people dead.”

It is believed that around 400 people have been arrested for their role in the riots but the FBI is expected to lay more serious charges and indict many more people as they ramp up their investigation to include conspiracy charges. According to the Wall Street Journal article, the FBI has had to bring in a lot of investigators to sift through over 200,000 digital tips gathered from social media, members of the public, confidential informants, local news and surveillance footage. The FBI field officers have spread out across the United States to make arrests, search homes and interview witnesses, family members and associates of those who've been arrested or have been implicated in their involvement in the riots.

Michael Sherwin, the acting U.S Attorney for the District of Columbia, was quoted in the article stating:

“The scope and scale of this investigation and these cases are really unprecedented not only in FBI history but probably DOJ [Department of Justice] history.”

That the riots were not only planned but that such planning extended all the way up to Trump and his key advisors, which include the far-right conspiracy theorist Steve Bannon of Brierbart News (and one of the top twenty people in QAnon), raises serious questions about just how much of a threat to the United States the far right poses and the extent of their influence during the Trump Administration. It is partly to address these issues that the U.S Congress voted to impeach Trump on January 14th, 2021 (BBC website same day).

As of today (January 27th NZDST, January 26th EST), the majority of members of the Senate voted to impeach Trump but most Republicans have voted to call the impeachment “unconstitutional”, which only goes to show how divorced from reality the Republican Party has become from reality.

In the immediate aftermath of the January 6th riots there were fears that similar violence would flare up again on Joe Biden's inauguration day, January 20th, with the result about 25,000 National Guards were brought into Washington D.C, key sites including the National Mall and the Washington Monument grounds were closed off to the public and everyone waited to see what would happen. One protester turned up!

Joe Biden's speech, which was broadcast live around the world, was only a short one that lasted barely 26 minutes. It was generally regarded as an ordinary speech that was only made remarkable because it wasn't Trump giving it.

It was a general consensus at the time of the election of Joe Biden, and certainly, a sentiment expressed quite forcefully by our American comrades in several articles that were posted on the In Defence of Marxism website, that Joe Biden was almost certainly going to be a lame-duck President who would do nothing to advance the interests of the working class. Even by the standards of bourgeois reformism, he was unlikely to deliver anything much.

Thus, Joe Biden must've caught many people on the political Left by his actions within twenty-four hours of his inauguration. Among them was the issuing of the following Executive Orders:

As Marxists, we have no delusions that these are anything other than mildly reformist policies. At best they may provide some short term relief for workers and marginalised groups within the United States but not the sort of changes that only a Socialist society will bring about. However, they must seem almost revolutionary after four years of the Trump Administration during which many basic rights for millions of Americans were trampled over, such as the right of a woman to have an abortion.

Biden's reformist policies have been driven by a perceived need to unite Americans but the problem that neither he nor those whom he has brought into his Cabinet, such as the first black female Vice-President Kamala Harris, is that Trump's Administration has exposed many serious flaws within the American version of bourgeoisie democracy.

As our comrades in the United States have correctly pointed out American democracy is in crisis.

Arnold Schwarzenegger recently tweeted a video in which he repeated a claim often made by many Americans. That is, American democracy provides a beacon of hope and inspiration for the rest of the world. In reality, that sentiment has never been entirely accurate and, within the last few decades, has been nothing more than a bare-faced lie. In an increasing number of countries around the world, the American version of democracy has been held up as a shining example of how not to run a democracy.

The American version of democracy has four key flaws:

In the United States, this distinction between the two major political parties does not exist. Both parties have largely dismissed the working classes as an unredeemable, stupid, poorly educated, lazy and bigoted rabble whose votes are only courted in key battleground states where their votes could make a difference. Little wonder that our comrades in the United States believe that the only hope for the working class is for them to form their own political party run on Socialist principles and practices rather than through the Democratic Party.

Covid-19 and the events of January 6th have changed the United States forever. There will be no return to the way things used to be and this has been grudgingly admitted through the executive orders passed by President Biden. He knows, as well as most Americans, that the burden of the economic and health consequences of Covid-19 has fallen disproportionately upon the American working classes. This has led to the growing radicalisation of the working classes. The problem they face is they don't know who to trust or who to turn to for answers.

Many of them threw their support behind Trump because he at least paid lip service to the need to create jobs and look after the working classes. The fact his policies left them worse off economically, did nothing to improve their job security or standard of living and cost many thousands of them their lives due to his incompetent handling of Covid-19 enabled the Democrats to win many seats in Congress and Senate and may have finally forced both President Biden and the Democratic leadership to accept that “business as normal” just won't cut it in 2021.

Ironically, Trump's MAGA thugs and their extreme right mates may have helped push the Democrats further left than its leadership feels comfortable with because of their actions on January 6th. It also opens up a very small window of opportunity for the American comrades to stage an intervention, especially as Bernie Sanders still has a lot of grassroots support within the Democratic Party that could be mobilised and even radicalised along Marxist lines.

Regardless of how one interprets the extraordinary events of January 2021 the one thing that cannot be denied is that American democracy has been exposed for the sham that it really is. Those who have borne the brunt of the suffering and pain that American Capitalism has created and which their so-called Democracy entrenched have had enough and they want practical and proven solutions to their misery. Thus, only a Socialist United States of America of the workers, run for the workers and chosen by the workers of America can free them from the evil that is American Capitalism.