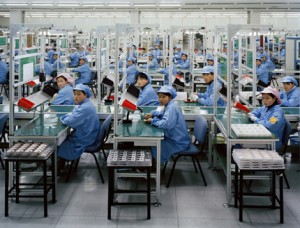 The Dow Jones fell by over 200 points, the FTSE by over 100 points and this downward spiral continued with the People's Bank of China leaning on the country's largest banks to rein in risky loans and improve their balance sheets. This in turn has triggered the biggest sell-off on China's Shanghai Composite index in nearly four years.

The scenario in other big emerging markets is no rosier either. Turkey, Brazil and India are struggling with their inability to deliver growth and better living conditions for their masses. This in turn has ushered in wave after wave of protest from Istanbul to Rio de Janeiro.

The two Asian giants, China and India, have long been paraded as parts of the emerging economies that would salvage capitalism, but today they are rapidly losing steam. The growth rate of China has declined to around seven per cent from its peak of close to fourteen per cent. India’s growth has halved in the last fiscal year. However, even during the years of high growth rates the social contradictions in these countries were increasing due to the unevenness and combined nature of the socio-economic development in these economies. China has the second largest disparity of wealth in the world after South Africa. India on the other hand with 22 per cent of the world’s population has within its borders more than 40 % of the world’s poverty, more than in Sub- Saharan Africa.

The whole notion that capitalism in China has pulled millions out of poverty is a fallacy. It is true that massive corporate investment in China has created numerous hubs of industrialisation, mainly along the Pacific coast. This has resulted in the creation of the largest proletariat in the world. But poverty and misery has not been eradicated, on the contrary the economic upswing was built on the massive exploitation of the Chinese workers. The outcome has been massive strike actions, although sporadic – that have led to victories of the workers of Foxcon and others – as well as to the peasant protests against land grabbing by the state and non-state mafias.

The re-introduction of capitalism by the Deng Xiao Ping regime after 1978 brought with it corruption, gambling, prostitution and other vices of the capitalist system. After rapid growth which exacerbated the regional and class disparities for more than three decades, mainly based on the cheap but skilled labour of the previous period of the planned economy, now the chickens are coming home to roost.

With economic growth slowing down, the social crisis is worsening and the ruling elite are becoming more and more desperate. The “Communist Party”, which is neither Communist, nor a party anymore, has become a bureaucratic pro-capitalist ruling clique. It feels increasingly threatened by the turmoil surging from below and it is not accidental that it spends more money on internal security than on external defence.

It is spending heavily on infrastructural projects and increasing state spending in a classical Keynesian fashion to prop up the growth rate. According to the official economic experts in Beijing University, “If the growth rate in China falls below six or five per cent there is an immense danger of a social explosion.” Most of the huge forex reserves of China are in the form of US treasury bonds, which shows one aspect of the contradictory relationship between China and the US. The other aspect is the burgeoning imperialist behaviour of the Chinese elite.

China is investing heavily in Africa, Asia and Latin America. There is a growing resentment among the masses in different countries towards the exploitative role and the arrogant attitude of the Chinese investors. In Zambia an anti-Chinese leader won the elections through his campaign against the maltreatment of the workers by Chinese corporate capital. It is increasingly interfering in the geopolitics in many regions, including Afghanistan and Pakistan. In Afghanistan it is the biggest foreign investor and owns the Aynak copper mine that is one of the world’s largest.

Recently it has bought the right to the basin of the Oxus rive in Northern Afghanistan in an agreement with the Karzai government. However, the Chinese investors had to pay extra to the local warlord Rashid Dostum to get hold of this region with estimates of billions of gallons of unexplored oil reserves. In spite of the ferocious crusade of Chinese corporate capital to capture markets in the Middle East and elsewhere, recession in US and Europe has reduced the consumption levels it needs to sustain its profits. Due to the slowing down of the economy, domestic consumption further burdens production. The sporadic movements can erupt into a mass upsurge of the Chinese youth and the workers that will have gigantic effects far and wide. As Napoleon once said, “When China awakes, the world will tremble.”

In India economic decline is accompanied by severe political and social unrest. In India’s red corridor, which comprises 170 districts in Orissa, Chhattisgarh, Jharkhand, Tamil Nadu, Andhra Pradesh, Assam, Manipur and other states, the Maoist rebels rule the roost. The state’s writ hardly exists in these vast hinterlands. The Congress regime is engulfed in corruption scandals that keep on erupting one after another. The coalition partners often blackmail the regime due to its lack of a majority in parliament. At the same time the incumbent Congress regime is under immense pressure from the imperialist institutions and media to further open up the Indian market to the multinationals and cut the already reduced subsidies on food and other basic needs of the people.

The top Indian corporate houses control the media and the political parties. Such is the character of the Indian national bourgeoisie that it supports Hindu fundamentalists who in turn benefit these bosses with their profits and exploitation. Currently the favourite candidate of the Ambani’s, Tata’s and other Indian conglomerates is Narindera Modi, the leader of the extreme faction of the Hindu nationalist BJP. Under the watch of this Chief Minister, Gujarat witnessed the killing of more than one thousand Muslims in 2002, one of the worse sectarian massacres in India.

“Shining India” is a hollow slogan for the vast majority and one finds its echo only among the top echelons of society and the middle classes. But even this petit bourgeois layer is increasingly suffering from the collapse in economic growth and rising inflation. With two thirds of India’s population of 1.2 billion living below the poverty line, India is the largest importer of arms in the world according to IHS Jane’s forecast. Last year there was a general strike in India, which was the largest in the world with 100 million workers participating. This showed the great potential of the Indian proletariat that has glorious traditions of struggle.

From Turkey to Japan there is turbulence and unrest across Asia. Japan was the motor of growth and an example of capitalist growth till the end of the 1980s. Ever since the recession of the 1990s Japan has never been able to recover. The other Asian Tigers collapsed after the crash of 1997. The Middle East is engulfed in bitter wars and bloodshed and since 2011 a wave of revolutionary uprisings has swept the region. Iran is in severe economic and social crisis. The Saudi, the Qatari and other monarchies in the Gulf are terrified of a mass revolt and are supporting the Al Qaeda affiliated bigots in the civil war in Syria. No bourgeois expert offers an optimistic perspective for the Asian continent. There is no way out under capitalism. It only offers barbarism. The only scientific alternative is revolutionary socialism.